The "Biathlon Built for 2" and "Mason Brady Scholarship 5K" is a fundraiser benefiting the Mason Brady Dollars for Scholars Scholarship and Avery Grace Wildasin Medical Fund. 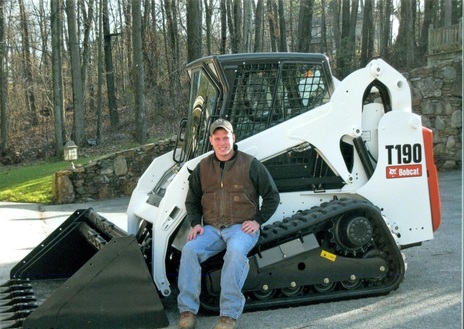 Mason Brady
In June 2014, the Hanover community experienced a great loss when Mason suffered a fatal car crash.  Mason appreciated hard work and giving back, things he learned from our community and as a student athlete, and made an incredibly positive impact on South Western High School and community in such a short time.

Mason's former football coach and friend of the family, Don Seidenstricker, wrote the following about Mason. His thoughts will give you just a glimpse of Mason’s upstanding character and all too brief life.

"Mason Brady was a graduate of the South Western Class of 2010. He was the President of his class and the starting center on the 50th Anniversary South Western Football Team that captured the YAIAA Division I Title and went on to win in the first round of the PIAA District III Championships.  Mason’s impact within the South Western Community continued int﻿﻿﻿o his adult life. As a young businessman, his influence and work ethic were second to none as he developed positive professional and social relationships with young and old alike. His workmanship and physical contribution to South Western are interwoven into our cultural fabric through his contributions to the “Once a Mustang Always A Mustang” welcome sign to the high school; The Mustang Tree; athletic field bleachers; and in several other projects in which he had a hand. Mason’s spirit was such that work colleagues and friends, alike, gravitated to. His faith was strong and sincere, and his honesty of principle and work had no compromise. "

Mason's family thanks you for participating in this biathlon fundraiser.  South Western has begun a Dollars for Scholars scholarship in Mason’s name and money from this event will go towards his scholarship.  Mason was the type of kid who loved working with his hands and running equipment.   This scholarship money will be awarded to two seniors every year who are going to a trade school and exemplify South Western’s “Tradition of Excellence”. 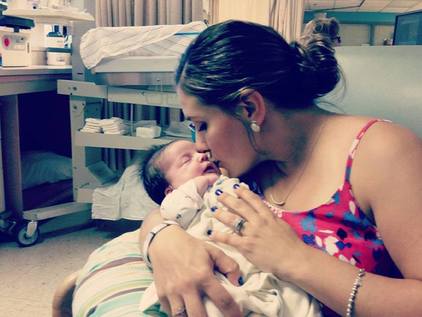 Avery Grace Wildasin was born on July 26th, 2016 to Kyle and Kim Wildasin and spent the first 6 weeks of her life in the NICU at York hospital. From birth, Avery barely moved, hardly cried, and was extremely floppy. She also needed help breathing. She had extremely low muscle tone and was very weak in her upper body muscles (hypotonia). She lacked the normal newborn reflexes and could not eat on her own. Avery went through a barrage of testing, her family desperately seeking answers. Genetic results came back two weeks later and shockingly, Avery was diagnosed with a very rare genetic disorder called Prader-Willi Syndrome. PWS occurs in 1 out of every 15,000-30,000 live births. Receiving this diagnosis was heart-crushing and extremely difficult to cope with for Avery’s family, as the effects of PWS are not pretty. Ultimately, Avery had to have a gastrostomy tube (g-tube) surgically placed in her belly in order to eat, as she couldn’t really eat anything on her own until about 1 month of age. Even then, a lot of her food had to be put through her stomach as she was learning to drink from a bottle.

PWS is a spectrum disorder that presents itself through several symptoms throughout a person’s lifetime. Behavioral, learning, and physical disabilities often occur that will require special care and therapy throughout Avery’s entire life. PWS affects the hypothalamus, which in turn will cause hyperphagia, a feeling of constant hunger. Avery will eventually never feel full and will need a special, structured diet. She will most likely be infertile and will have issues with her developmental growth throughout her entire life. Individuals with PWS are not often able to live independently due to food-seeking from the hyperphagia. Avery will be behind in all aspects of development, but several early intervention therapies have already helped dramatically, including feeding, physical, play, and speech therapy. She recently had the feeding tube in her stomach removed and is currently successfully walking with special orthotic braces to help with the pronation in her ankles. Avery has to use a Bi-Pap machine at night for central sleep apnea. She also gets a human growth hormone shot every night that helps with her alertness, her cognitive abilities, and her physical development. This shot is also known to help lessen the effects of PWS over a long period of time. Avery is followed by many doctors, specialists, and therapists at Hershey Medical Center and several others in the Hanover and York area. Although doing well, Avery still faces challenges with her health, as she will have some surgeries in her future: ear tubes, possible adenoid removal, and surgery to correct the muscles in her eyes. At now 19 months, she continues to make strides towards these “inchstones” and continues to show determination and perseverance in the face of adversity. 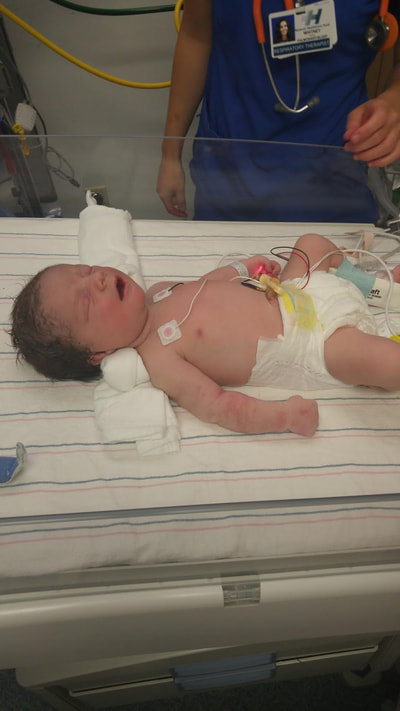 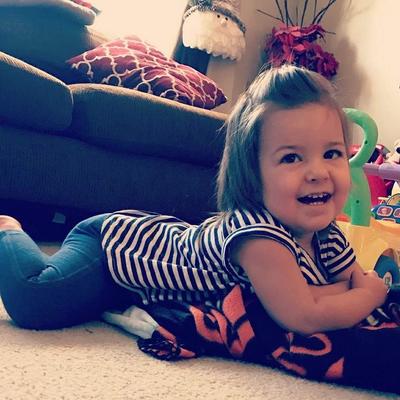